The temperature was 8C when we all met at the Tim Horton's located at the 403 and Dundas at 7:30am. Jim and Mike arrived then Papa Joe. To our surprise Don and Donna Hall came to send us off with a nice goodbye at 8:00am. We departed and arrived at Fort Erie Duty Free around 9:23am to meet with Dennis and Marcia Lingard and Ron and Jean Hurley. 10:00am we were at the boarder cross with a plan if we wait on the ramp and they tell us to move we would come off at the first exit on the I-190. Yeah...that didn't work as some went to the park instead of turning on the I-190.
1:40pm we stopped at a newly opened restaurant for a nice lunch. Who knew we would be there a while.
After riding on the SR-62 for a while the gps showed our arrival time at Allliance 7:00pm. After seeing this we hit the I-80 for a little while and down the SR-11 to save some time. We saved about 20 minutes doing this. We arrived at the Holiday Inn Express around 6:20pm where the clerk advised us Rick and Lee were saving a table at a nice Mexican Restaurant. All had an enjoyable meal. Well back to the Hotel and everyone had an early night. 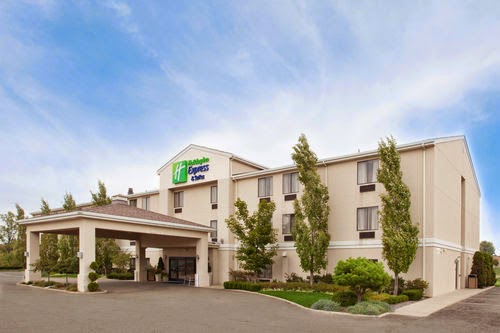 We departed the Holiday Inn in two groups. The weather was a little cool but no rain. We started out on the SR-62 then taking a few roads off the beaten path and arrived at Mt. Sterling Kentucky Fairfield Inn around 4:30pm. The group went to the Texas steak house for a nice dinner. After a little socializing we all turned in for the night. 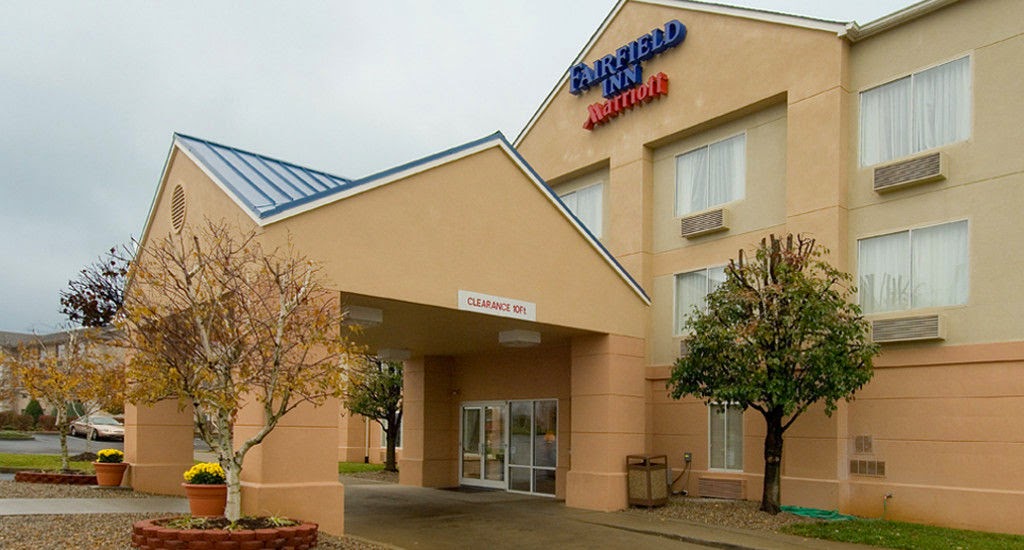 After our continental breakfast we departed in two groups. Rick, Lee and Papa Joe went south from Mt. Sterling on the SR-11 the rest went west and started south from the beginning of the I-421. The routes covered pleased everyone. While Gary's group was having lunch they saw Rick's group and the rest pass bye. The same with Rick's group when they were having lunch they saw Gary's group ride bye. There was a light sprinkle of rain just prior to arriving at Maggie Valley Best Western at 3:50pm. We had dinner next to the hotel at a nice pub restaurant. More socializing and we parked our goldwings under the main entrance canopy. 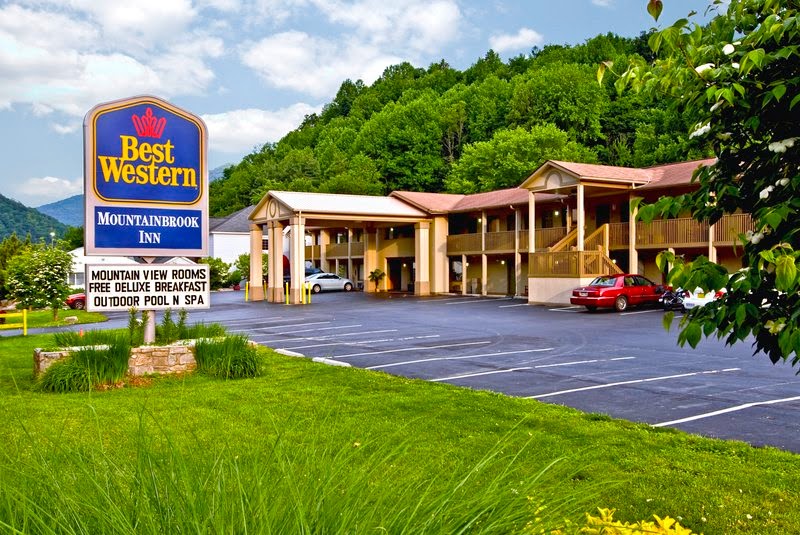 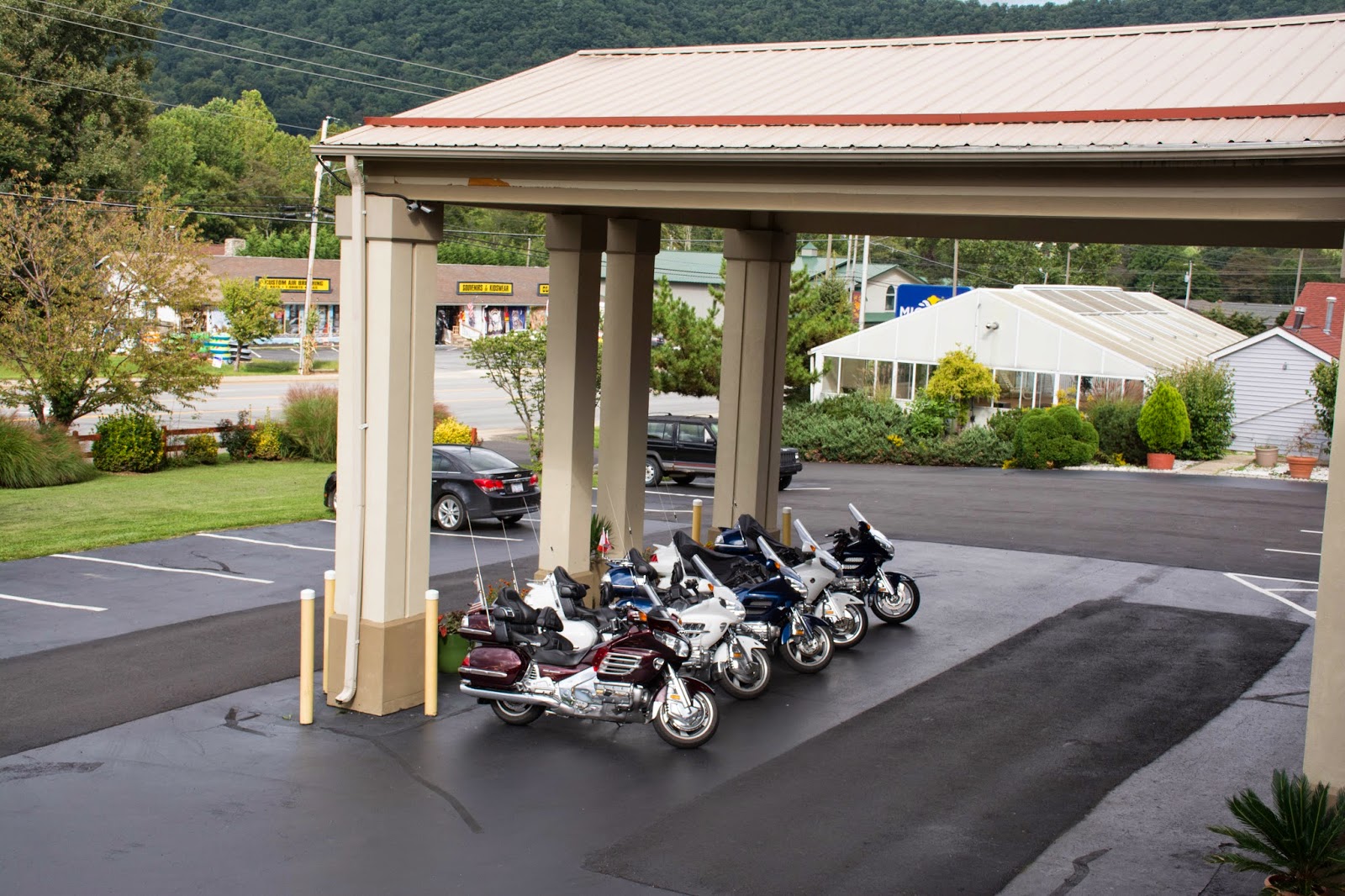 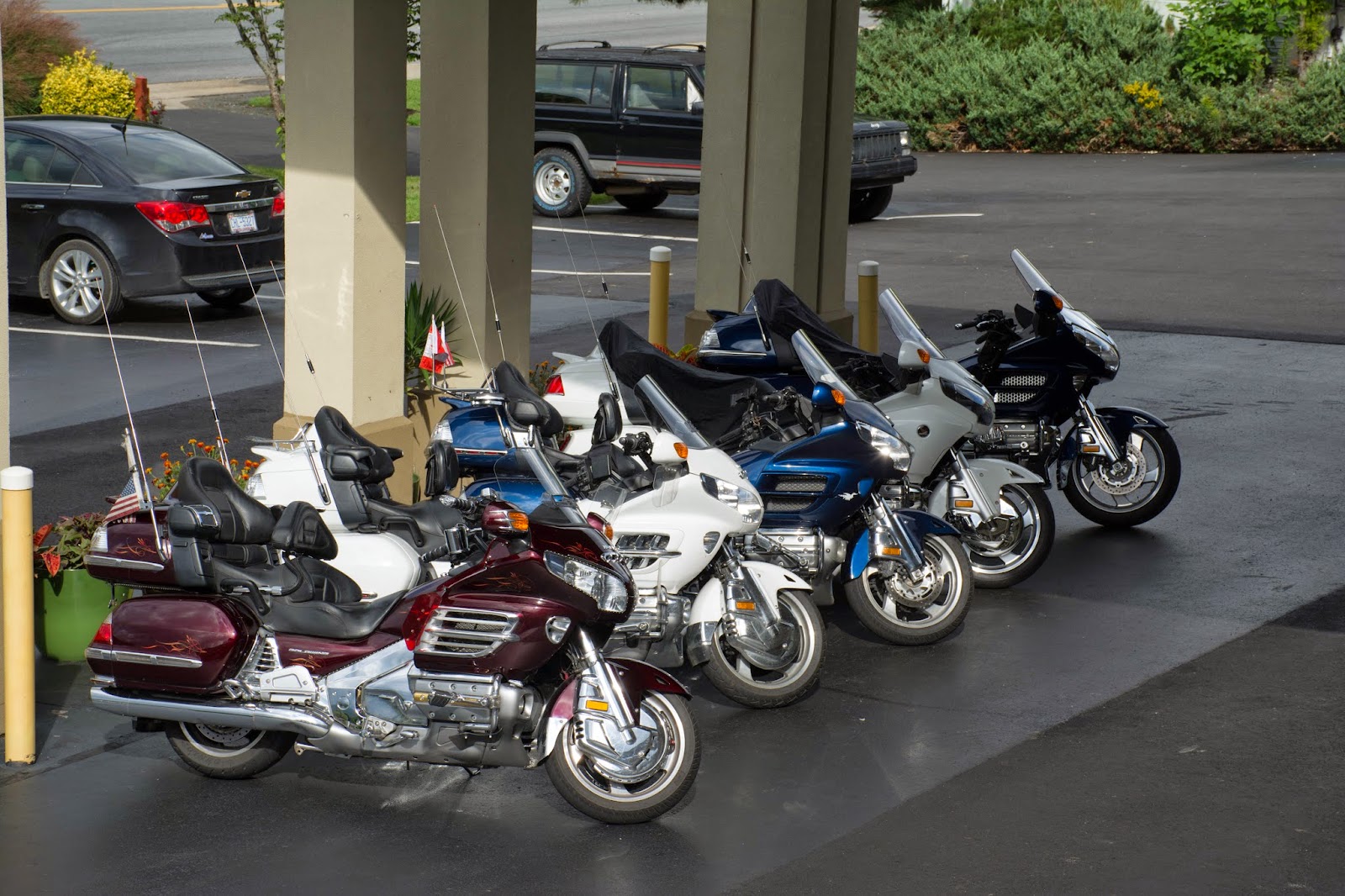 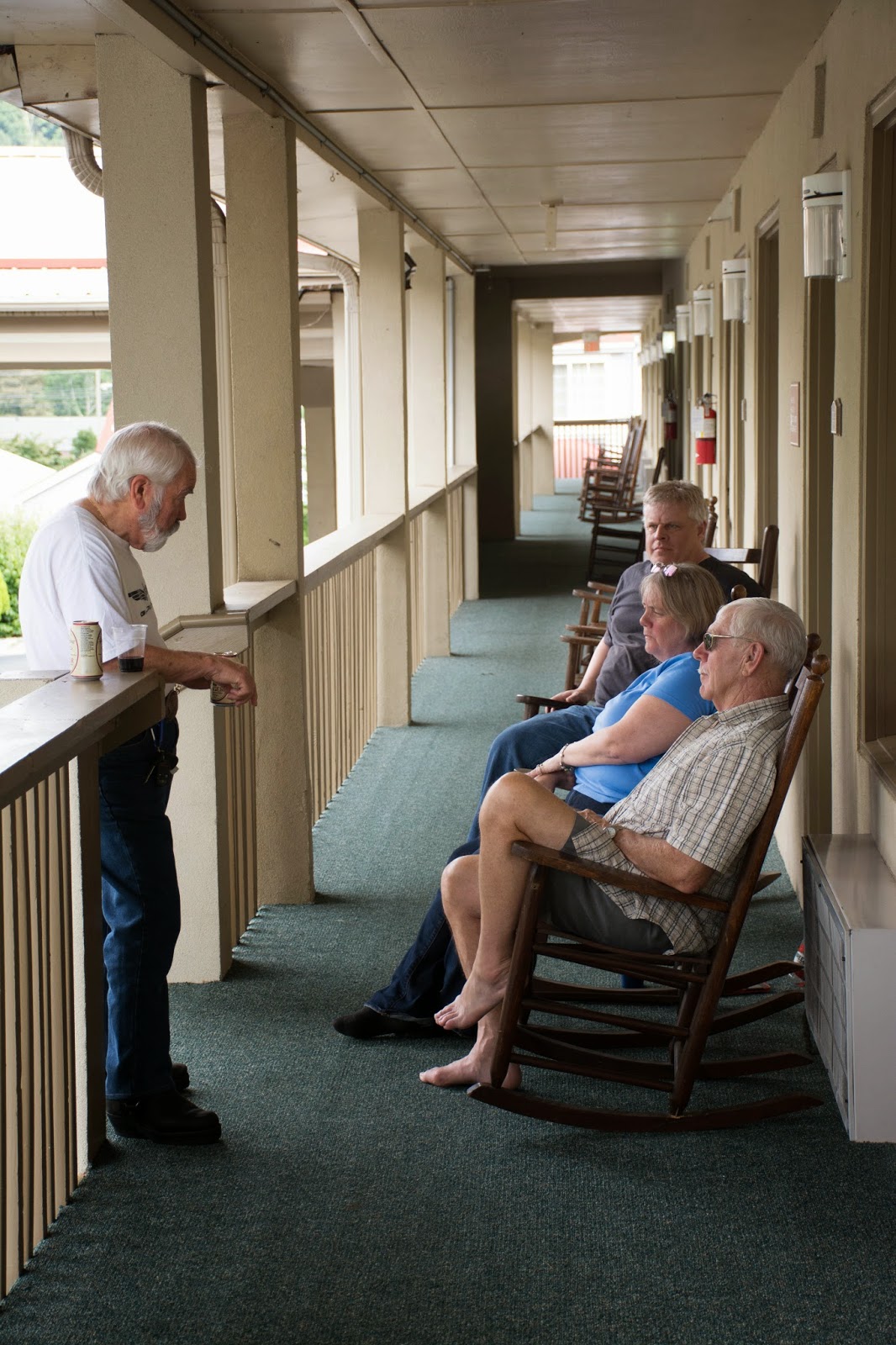 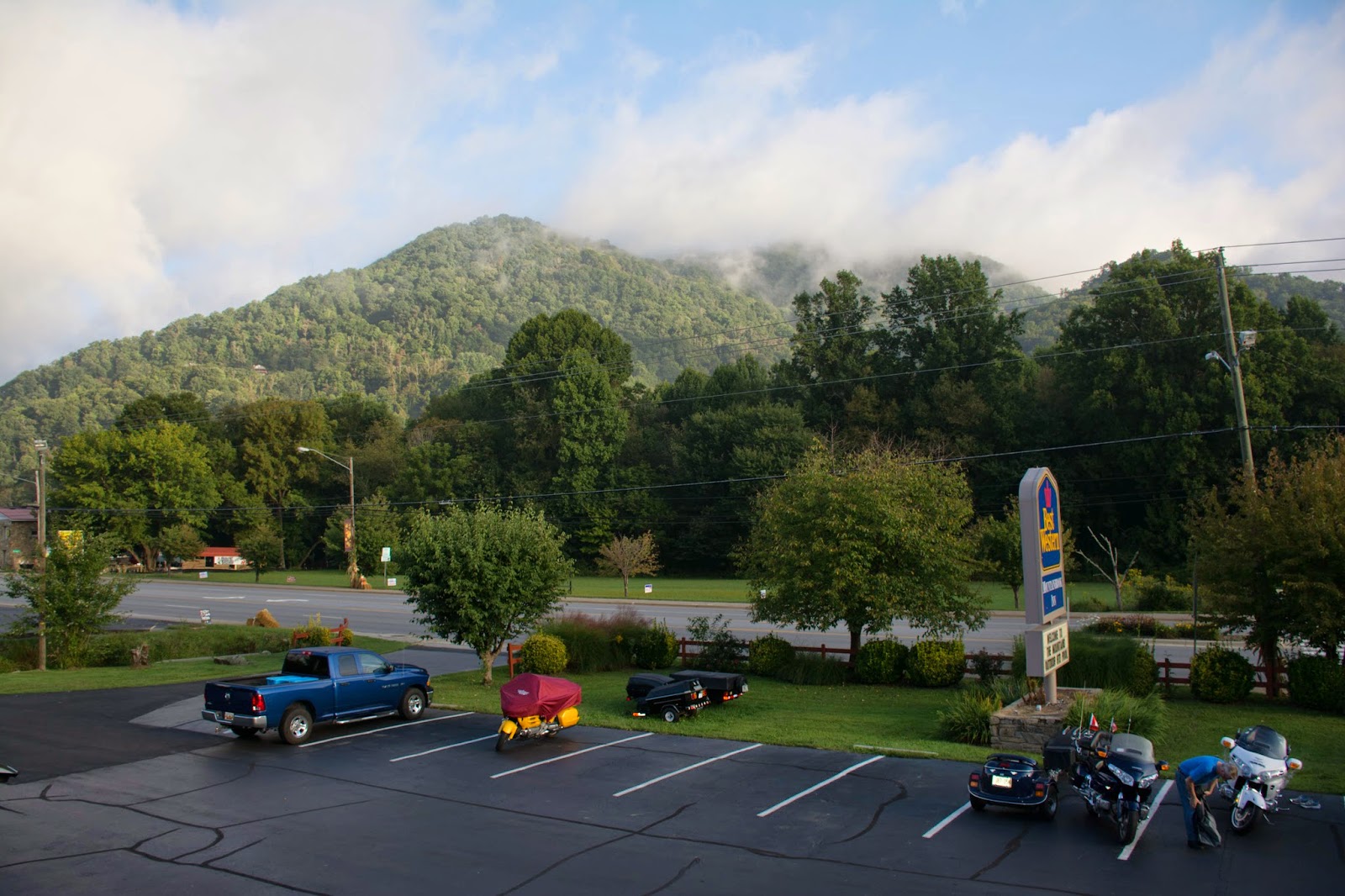 We had the continental breakfast and the weather forecast was for thundershowers in the afternoon. 9:30am a group of us went to Walmart for some supplies then to ride some nice winding roads. We took the SR-276 to the SR-215 which was loaded with turns and ran beside a nice river, then the Blue Ridge for a bout an hour and back to Maggie Valley for lunch. At 2:00pm a group went to the Wheels Through Time. What a collection of bikes and automobiles. Around 4:30 Rick and Lee got back to the hotel just before the heavy rain. We had reservations at the Steak House in Maggie Valley which we cancelled due to the heavy rain and no taxi's in Maggie Valley. Joe, Rick, Lee, Henny and I went to J. Arthurs for dinner. Wow was the food good. 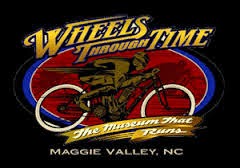 After our breakfast Dennis, Marcia, Ron and Jean headed to Pigeon Forge and the rest departed a little after them. The second group went to Bass Pro for rain gloves. While in Pigeon Forge we eat at Five Guy's and Dennis's group went bye on a the transit tram. We were all back than evening at Maggie Valley. Dennis, Marcia, Ron and Jean went up the street for dinner while the rest of us ate at the pub restaurant beside the Best Western. This would be our last time eating here as a salad came with no cucumbers only a little piece of tomato and white lettuce. Lee received a call where he had to be back in Toronto to fly out Saturday night. Rather than see someone ride alone Rick volunteered to head back with lee. 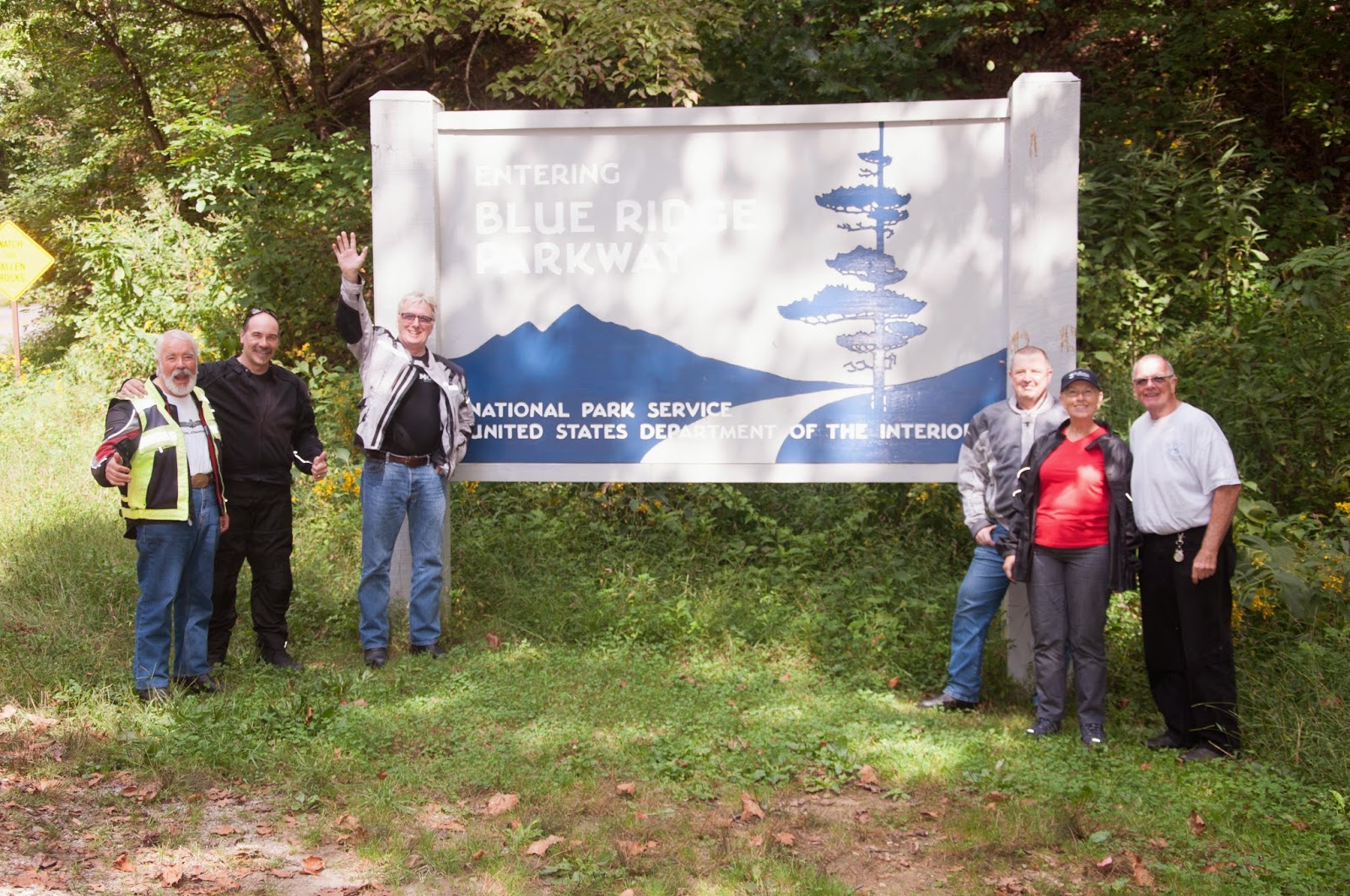 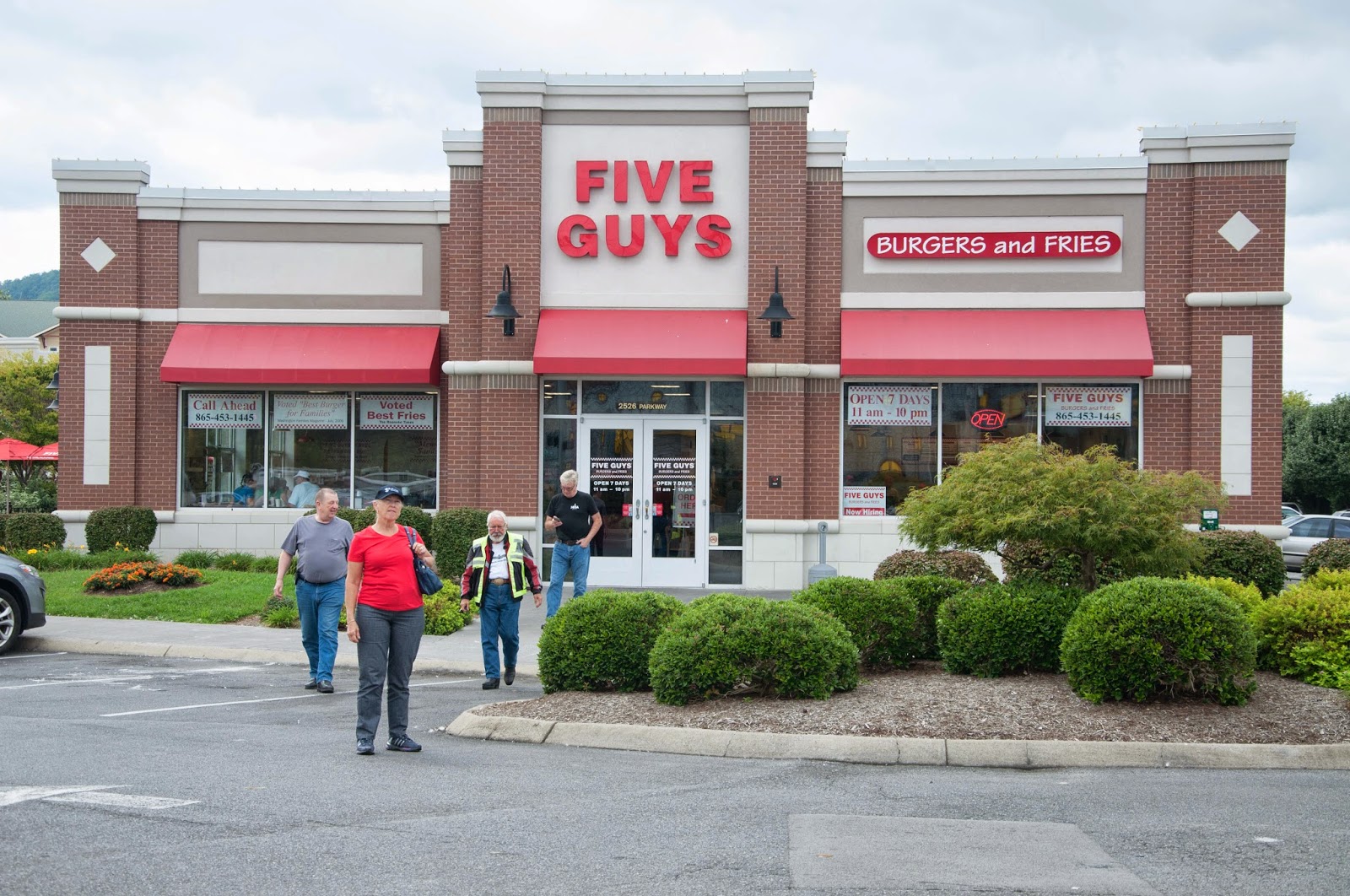 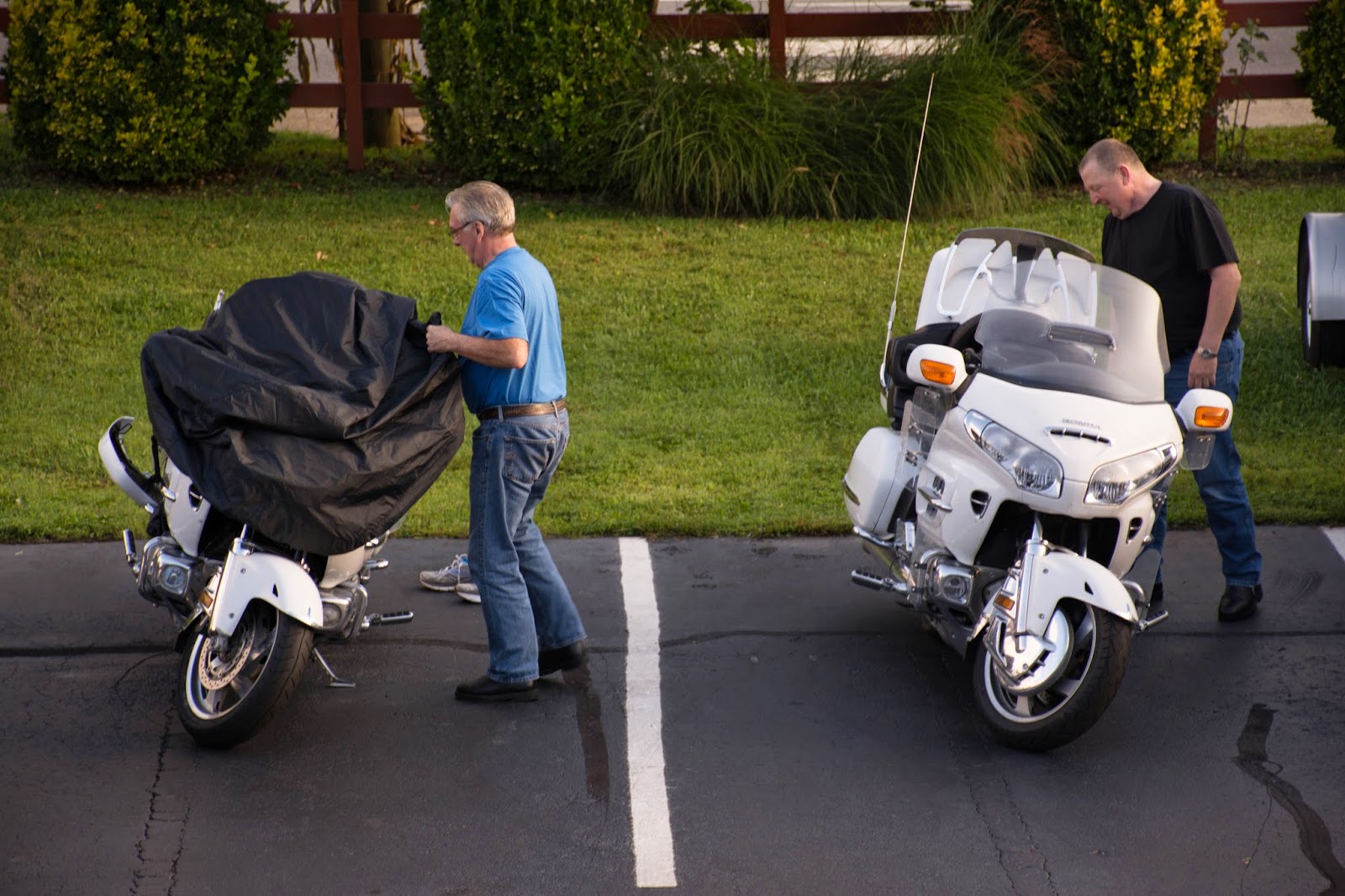 Everyone up early to say goodbye to Lee and Rick. They left right after breakfast and the rest of us went to Deal's Gap for some patches, pins and stickers. Dennis and Ron headed back to Maggie Valley with their wives while the rest of us continued south and rode the complete Cherohala Skyway. We then took the back roads back to Maggie Valley arriving at 5:30pm. All went to Snappy's for dinner. Excellent Italian food but there were lots of wasps in the restaurant. 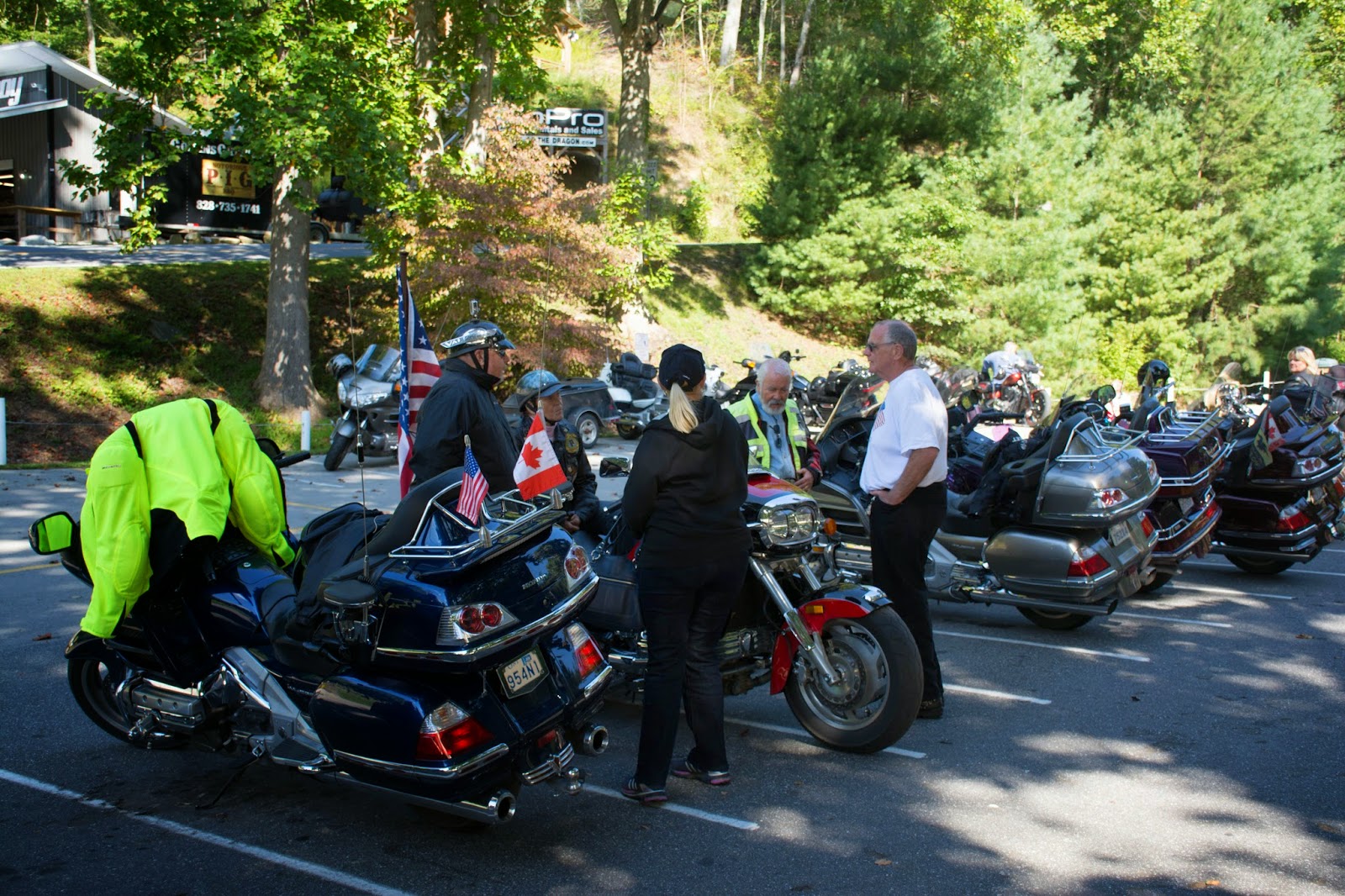 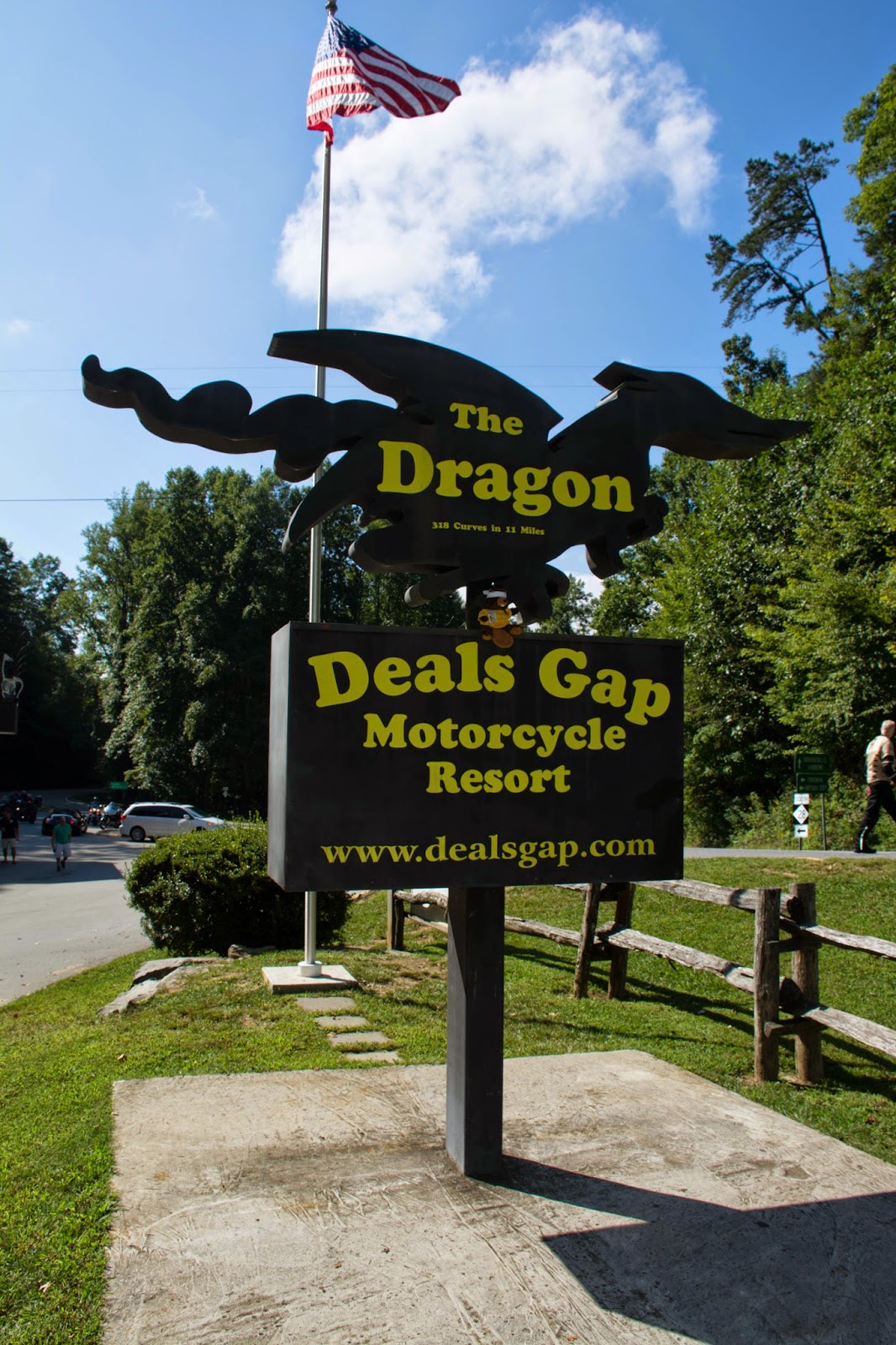 Everyone again got up early to say goodbye to Dennis, Marcia, Ron and Jean as they decided to head back early to be home for Saturday night. They departed around 8:00am. Jim, Mike and Joe went later that morning for a ride on SR-19 then the Blue Ridge. Henny and I went to Ashville for shopping and lunch. We were all back at the Best Western around 3:00pm. Around 4:30 I did a face time with Dennis and his group had made it to Weston W.V. They arrived and said the roads were good, the weather great and food was o.k. A quick good night and we would touch base tomorrow.

A few of us were up early and cleaning our bikes for the trip home. We had our regular continental breakfast and hit the road around 8:00am. We took the SR-19, I-40, SR-70, SR-221 then the SR-21 to Wytheville. At Wytheville we had lunch then headed up to see Rick. Rick's bike was ready and we all headed to the Hampton Inn Princeton. We arrived around 4:00pm got cleaned up and went to a Texas Steak House for dinner.

We were up early and departed around 8:00am. We rode the SR-219 to Johnstown. The weather was nice and road was excellent. We all had a few laughs on the way up. We arrived at the Holiday Inn Express around 4:00pm. A few went for a swim and we all went next door for dinner. When we got back Rick checked his back tire and a chunk was missing so he searched on-line to no avail to get a new tire. We knew Sunday everything is closed so he would be there till Monday.

All ready to leave at 7:30am. Rick didn't want anyone to stay with him and said he may spend a couple of days in Johnstown. We all said goodbye and headed out. We rode through some rain for about an hour. Jim and Mike said they would be leaving us at the I-90, I-190 as they had to stop at a friends place to pick something up. When we got to the I-90, I-190 we split and Papa Joe went with Jim and Mike. Well Henny and I crossed the boarder by ourselves and were home about 3:30pm.
Posted by Chapter Y at 15:19 No comments: